Hello friends! In this post, we will give you a small introduction to Elastic Stack including all the products that build it.

Buy Me a Coffee

First things first. What is Elastic Stack? Well, Elastic Stack is a set of open-source products, originally designed to help users gather data from different sources and in any format, and allow them to perform some actions on these data, such as real-time searches, analysis or visualization. You might know these group of products as ELK, which stands for Elasticsearch, Kibana and Logstash. Later on, Beats product was added to the stack.

Nowadays, Elastic Stack is also know for being a complete end-to-end log analysis solution. Thanks to it’s Observability feature, users can perform centralized logging helping them in identifying the problems with the web servers or applications fast and easy.

For now, we will just give a brief description of all the products that form the Elastic Stack. 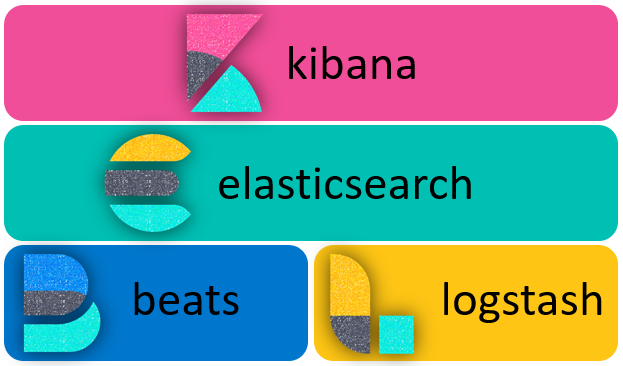 In our following posts, we will dive deeper into each of the components. But first, allow us to show you the architecture of what we will be building with the help of the following posts.

Because we will be deploying a single node cluster, we decided that using  Docker Compose is the easiest way of formulating a full stack example. The below image, is a visual representation of the architecture used in our example. 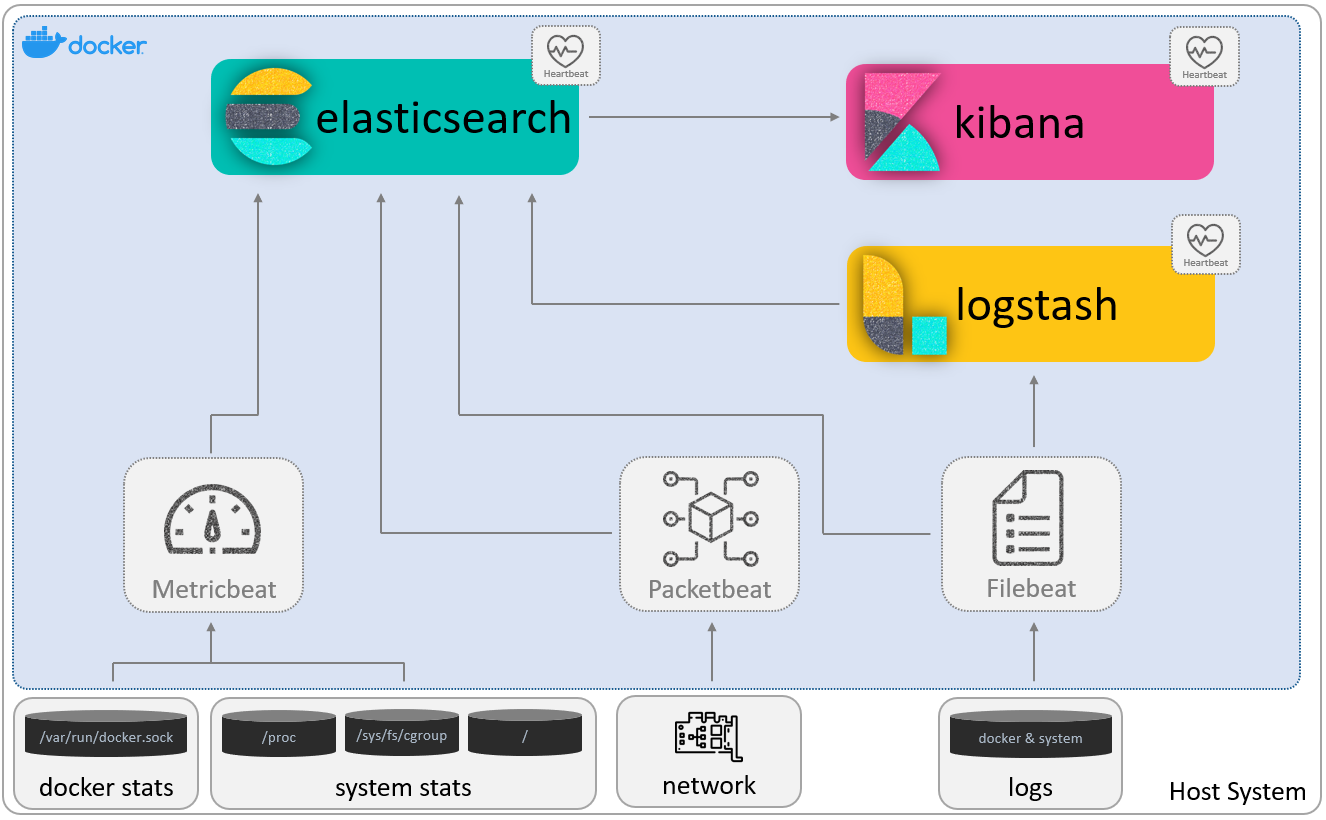 In different steps, we will deploy each component. The first thing will be to deploy Elasticsearch and Kibana. That way, we have a cluster ready for indexing and storaging data, including a visual tool.

Next, to test this cluster, we will deploy Filebeat. This first filebeat will read docker and system logs, and send them directly to Elasticsearch.

As a third step, we will deploy Logstash. We will not complecate things, so we will send docker and system logs to it, with the help of a second Filebeat. The purpose is to see how they communicate with each other, and how Logstash can parse and enricht the logs.

As a fourth container, we will launch Metricbeat. With it, we will be monitoring both docker and system stats before sending them to Elasticsearch.

To see the network traffic in our interfaces, we will deploy Packetbeat in a fifth step.

Continuing, to audit the activities of users and processes on our systems, detect changes to critical files, and identify potential security policy violations, we will deploy Auditbeat.

And finally, we will deploy Heartbeat in a sixth and last container. We have represented this Beat as if it was attached to Elasticsearch, Kibana and Logstash containers. But in reality, it is an independent container monitoring other containers via http, tcp and icmp.

We really hope you will enjoy deploying this architecture as much as we did. So, without more, let’s move on and will learn how to deploy Elastic Stack cluster (single-node) using Docker.

[…] far, we have learn about Elasticsearch for storing the data that we collect and how to deploy it, Kibana as a Web…, and Filebeat for collecting data from our cluster. Now, it is time to learn about Logstash and how […]